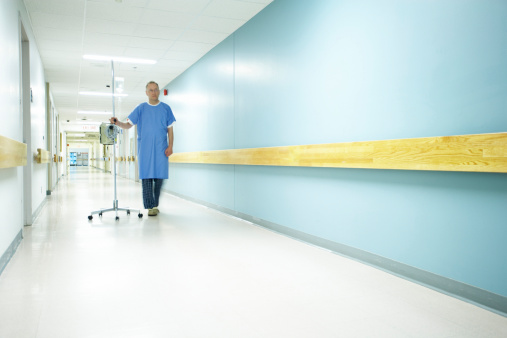 There has never been a record in any law system that a person has full ownership of their own body. Many probably have not put much thought on this subject, since we likely assume our bodies are our own. Sure, you can do whatever you want with your body. If someone injures it you can even get paid like it is your own broken property. However, why is there no written law about having complete possession of our own bodies? If we were indeed the owners of our own bodies, prostitution, selling organs, assisted suicide, and even abortion would be legal. There are certain aspects of law which encourage our right to have legal ownership of ourselves. One case that demonstrates this idea is given below.

The case starts when a man finds out that he has cancer so he must choose whether he should undergo chemotherapy. The issue isn’t the money or fear of losing his hair, but rather the sterility that would follow. He decides to have semen secured in a hospital in order to be able to have children in the future. Unfortunately, the storage of his semen was not done properly, and all of the material is unusable. Although this causes significant psychological distress for this man, it is very difficult to bring forth a claim on behalf of personal injury. The argument is on the grounds that the semen was no longer a part of the man’s body. This is because the fluids that leave the body are not regarded as personal property. However, the court decides that the semen was indeed the persons’ personal property because of the control he had over it, meaning that he could decide what would happen to it next. He won the case against the hospital, and most definitely opened a new chapter on ideas on what actually belongs to us, and up to what point the law can dictate the use of our bodies. This area of the law has been neglected and more discussion and legislature is absolutely necessary.

Other Situations and Questions

There are other situations where the line is blurred. Should a person be able to sell their own kidney to someone that needs it more than them? Should it be legal to donate an organ to a sick friend or loved one? What happens if in the process of such a transplant, the doctor accidently damages one of your healthy vital organs? There are many situations in which value can be assigned to parts of your body. However, the exact borders of what is right or wrong by law can be extremely controversial. Moral and ethical issues are also bound to arise. Although many of us assume that we own our bodies, this is simply not true. The law plays a strong role in dictating how we can use them, and to what extent we can bring forth claims in regards to their use or “misuse.”

To what extent should government regulate our bodies?