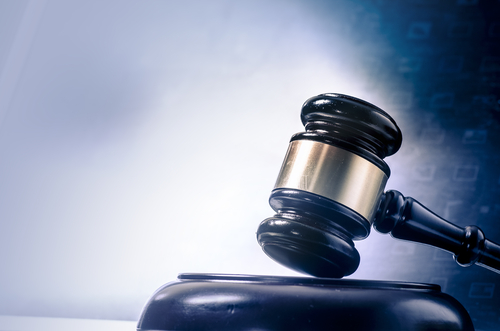 Every year, there are thousands of tort cases that go to court, many of them connected to medical malpractice and fights against big pharmaceutical companies. However, each year an equal amount of so-called “ridiculous” and even egregious cases make it to court.

Here are some lawsuits, over the years, that have made tort advocates and tort reformers alike scratching their heads:

A legitimate tort case may involve assault, but when a New York woman was injured by her 8 year old nephew’s hug, many may argue that a hug from a child is hardly the same as an assault. Jennifer Connell was seeking $127,000 from her 12 year old nephew, Sean Tarala (who was 8 at the time of the incident). When Connell arrived at Tarala’s 8th birthday party, the excited boy ran up to Connell, “flew into her arms”, hugged her and forced the two to hit the ground and resulted in Connell breaking her wrist. Connell decided to sue her young nephew to compensate for the “pain and suffering” and the difficulties she faced while living in crowded Manhattan and living on the 3rd floor of an apartment building.

Turns out she was forced by her insurance company to sue her nephew and Connell walked aways with no compensation.

In 2013, five Idaho prison inmates, who were serving time for crimes such as manslaughter and theft, were suing various beer and wine companies for a total of $1 billion due to the actions they made while under the influence of alcohol. One of the inmates, Jeremy Brown, who is serving a 20 to 30 year sentence for shooting and seriously injuring a man, was stated as saying, “If I was not an alcoholic, the shooting would never have happened.” While establishments that serve alcohol may hold some responsibility in some cases, suing multiple alcohol companies for not having “suitable” warnings on their labels may be a stretch.

Although all alcohol has a government warning that states that pregnant women shouldn’t consume alcohol and consuming alcohol can impair your ability to operate machinery. It also states that it can cause health problems. Would it make a difference if the Surgeon General added, “Consuming alcohol may increase your tendency to commit a crime.”?

“Another Case of Hot Coffee”

In a similar fashion of the famous McDonald’s hot coffee case, a North Carolina cop sued Starbucks for at least $50,000 after being burned by his cup of coffee. Matthew Kohr, had received burns on his inner thigh when the coffee spilled onto his lap in his squad car. He claims he suffered third-degree burns, that the incident aggravated his Crohn’s disease, suffered from severe anxiety and sleeplessness, and grew increasingly distant from his wife as his medical costs from the accident rose. One big question in Kohr’s case is focused on the time he took to have his burn looked at. Apparently, Kohr drove home to take pictures of his burn before being treated in urgent care hours later.